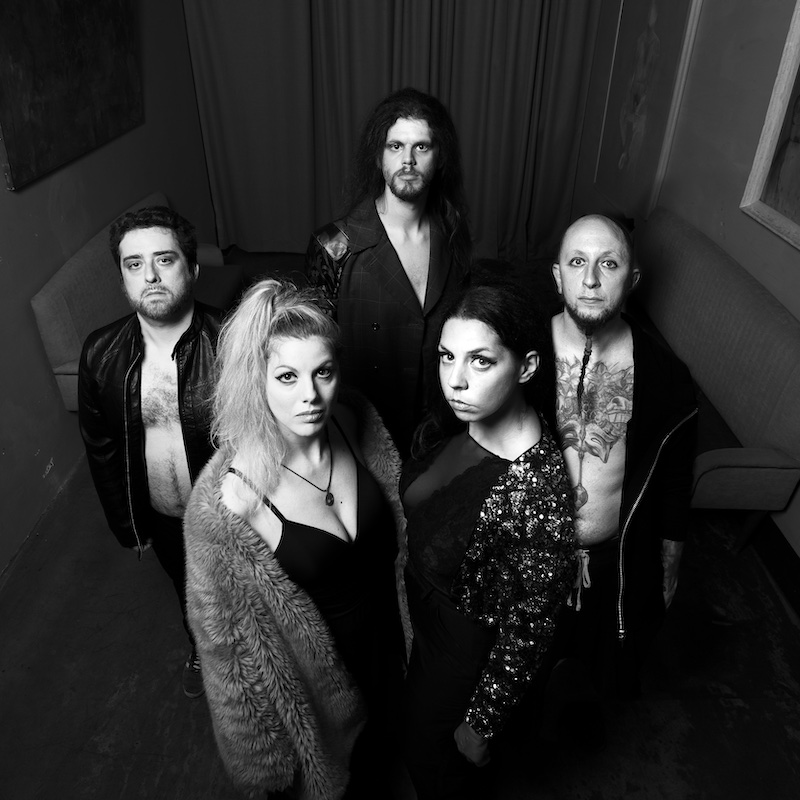 “11 songs for 11 tenants suffering from 11 different types of neurosis. A journey that will lead you to meet and look these characters in the face until you understand that they are all, more or less, housed within us, we just have to have the courage to In this imagined condominium you will find from the conspiratorial hermit to the schizophrenic consumerist and you will be transported by sounds ranging from hardcore to pop.
Open the door and enter the condominium. You will come out better. “ 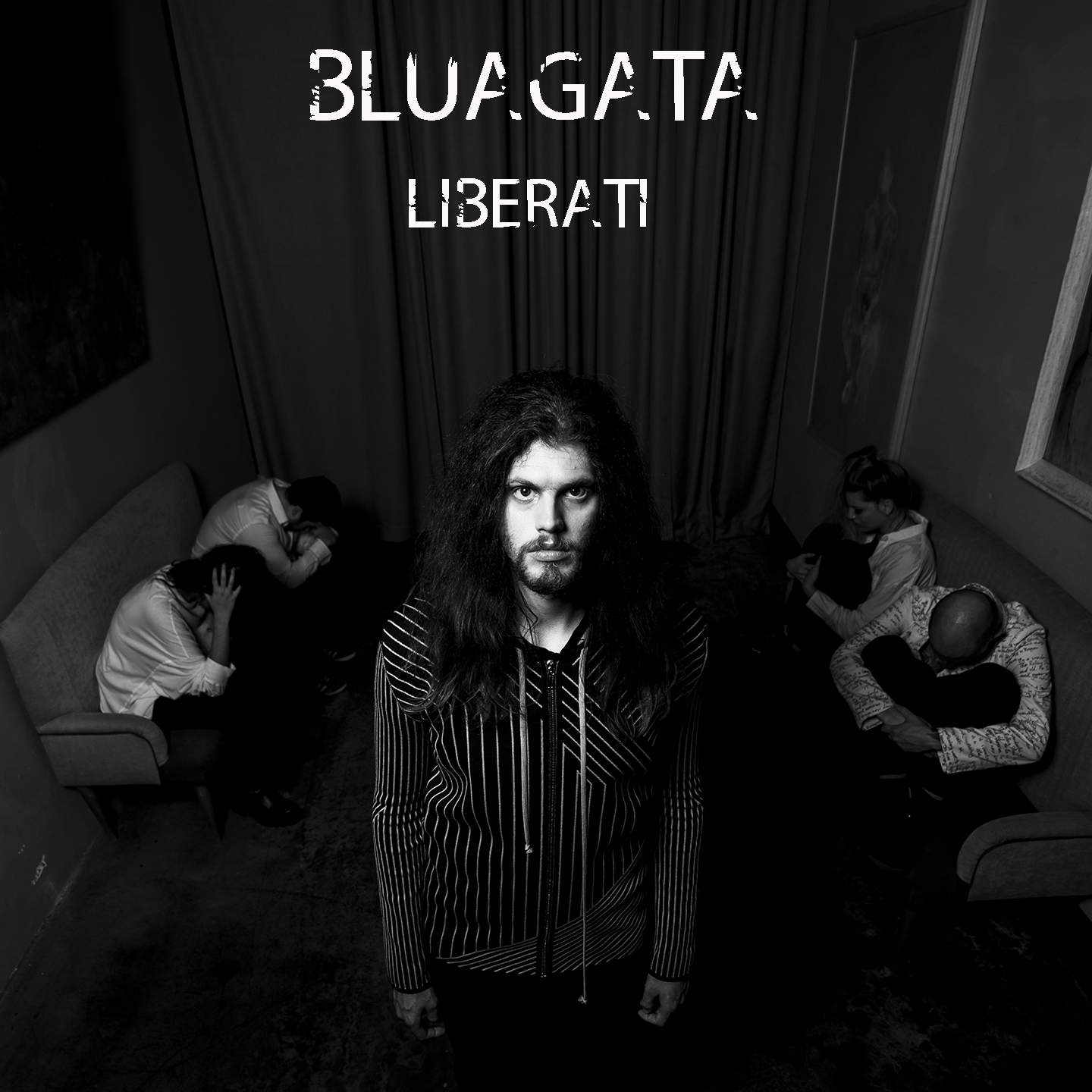 “The conviction of being strong leads us to forget the fragile component of ourselves.
When we fail, the fall generates a feeling of anger which, fueled by the desire to stand up, gives us the strength to write and take a dip in the abyss of our mind to bring the new version of ourselves to the surface.
Long way?
It depends on whether you want to take risks, to dare … to risk … to die. “ 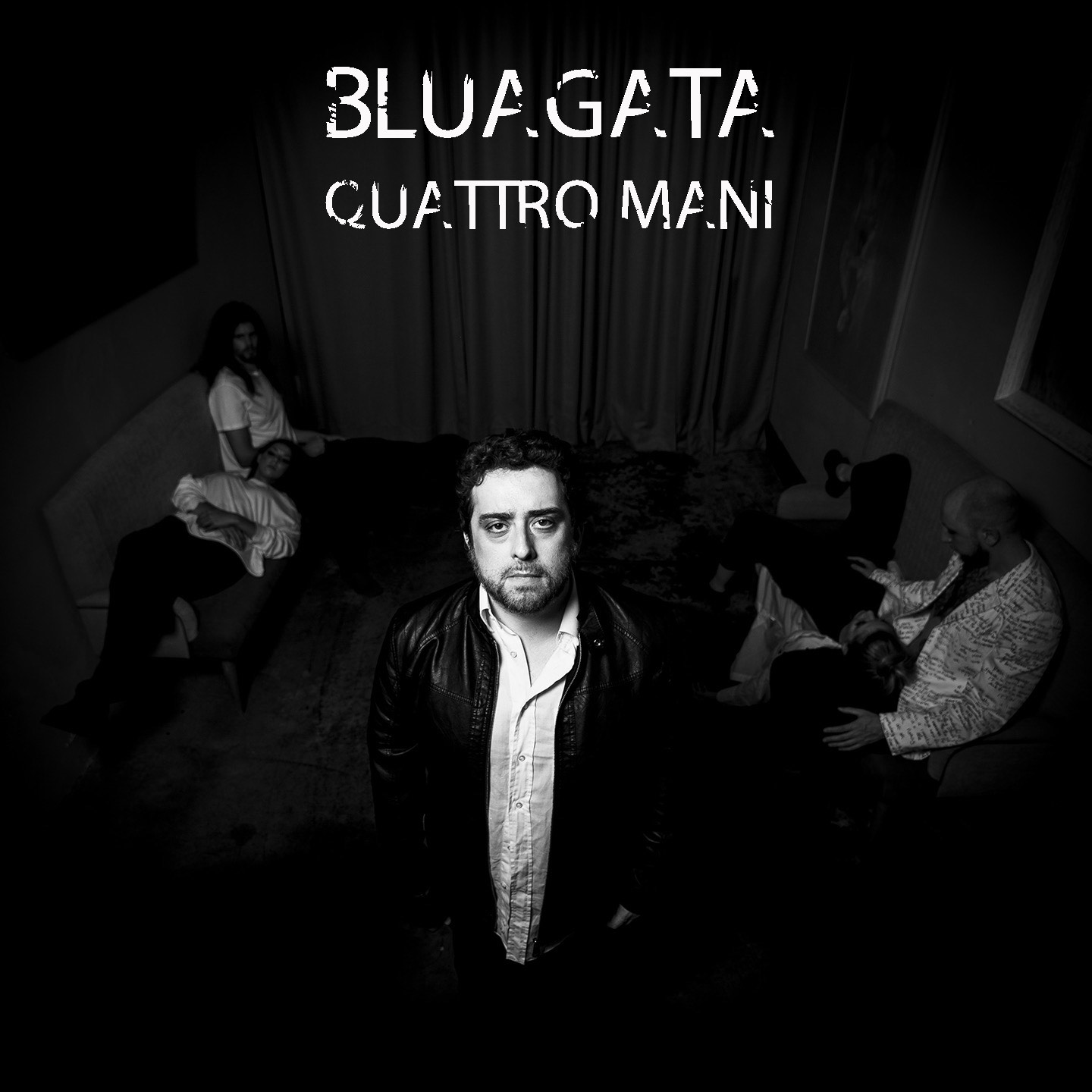 How much does it cost to forgive ourselves for the mistakes we have made? How much does it cost to have the courage to take back your life? Quattro mani tells how difficult it is sometimes to ask for help in a dark moment of our life and how much we can tend to loneliness and closure. We do not have to get used to the pain, even if it is perfectly able to adapt to the circumstances. We must not accept pain as a paradigm, as something irreversible. Pain is a condition. The moment we decide to grab those hands that are willing to help us, we will understand how heavy our hearts have become over time, and it will be liberating and new to understand that we have met people who are less strict with us than we ourselves have been in judging them. our actions. May everyone find their four hands inside and outside of themselves and once they are done, make their hands available to give themselves to someone. 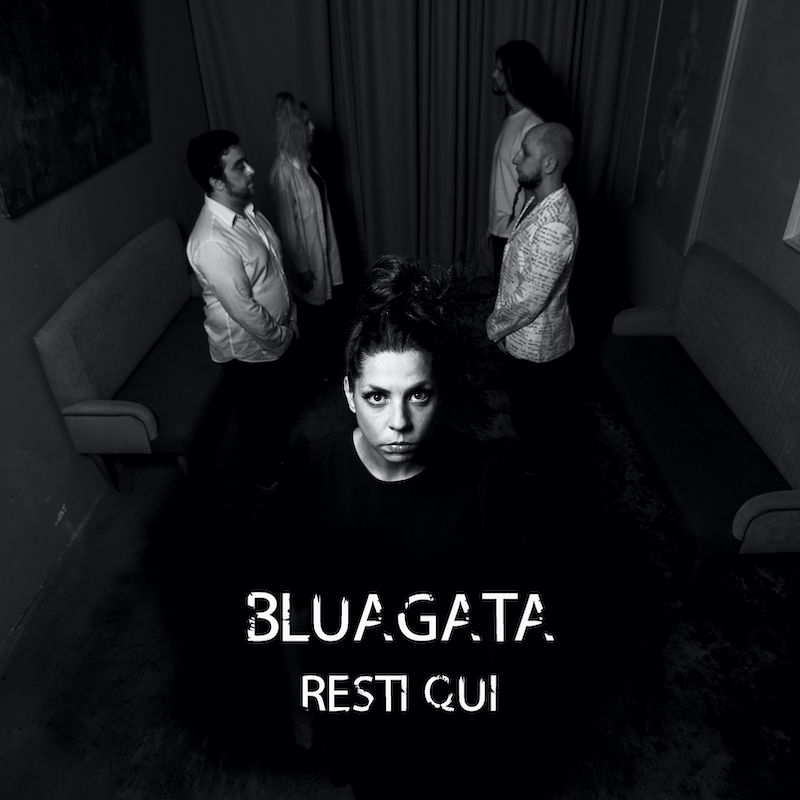 “Resti qui” is an objective reflection on the end of a relationship between two people, it’s an attempt to accept that the human being will always be judged, and will always judge. We often deform our personality to fit it with that of others: either we stand in front of a mirror and accept the challenge of looking at ourselves and finding the real ourselves or it will be better to cover it.” 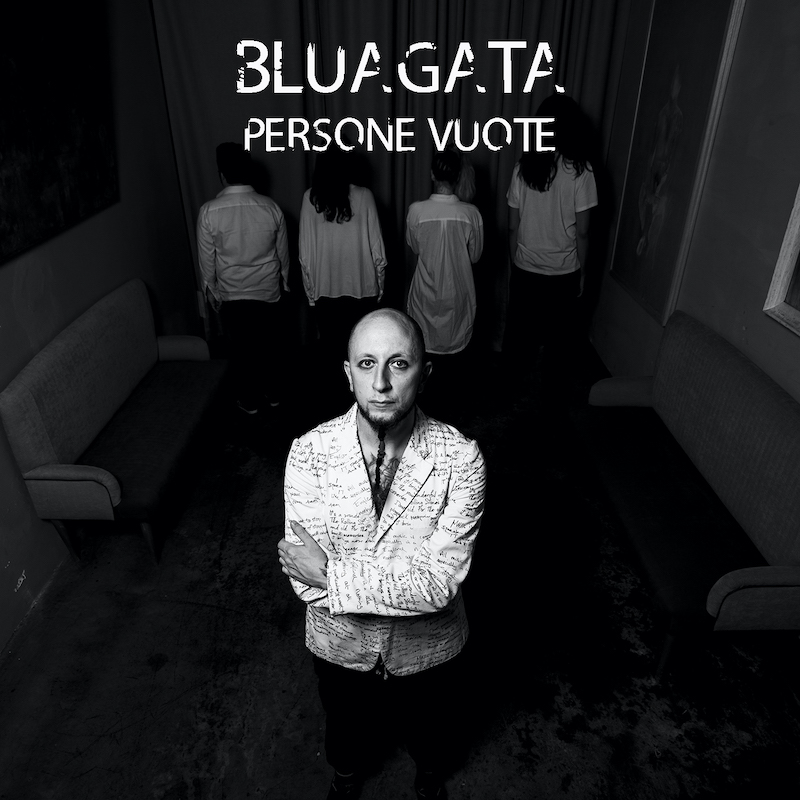 “Persone Vuote is a look at what we have become: weak and deluded with the conviction of being strong and aware instead. We speak of the contrast between what we really are and what we must be. This continuous and constant dualism leads us to a loss of personal and social consciousness; Deep down we no longer know who we are, what we want or why we want it. Now, as we read this text from a screen, are we the person we always wanted to be?

And above all: does “someone” exist or have we all become “nobody” both for ourselves and for others? “ 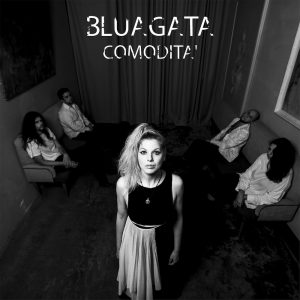 “COMODITÀ” speaks of the consumerist neurosis in which we have sunk in recent years.
The purchase of material goods beyond any real need feeds the feeling of emptiness around and within us. The diamonds we talk about in the text are a pretext and an example to focus attention on how we are slowly and inexorably changing our values ​​that from being ethical and / or moral are becoming brutally material. In this age dominated by superficiality and appearance, where money is more important than people, we risk losing sight of the behaviors that can make us truly happy. This society produces unhappiness and the solution to come out healthy is not to look outside but inside us. 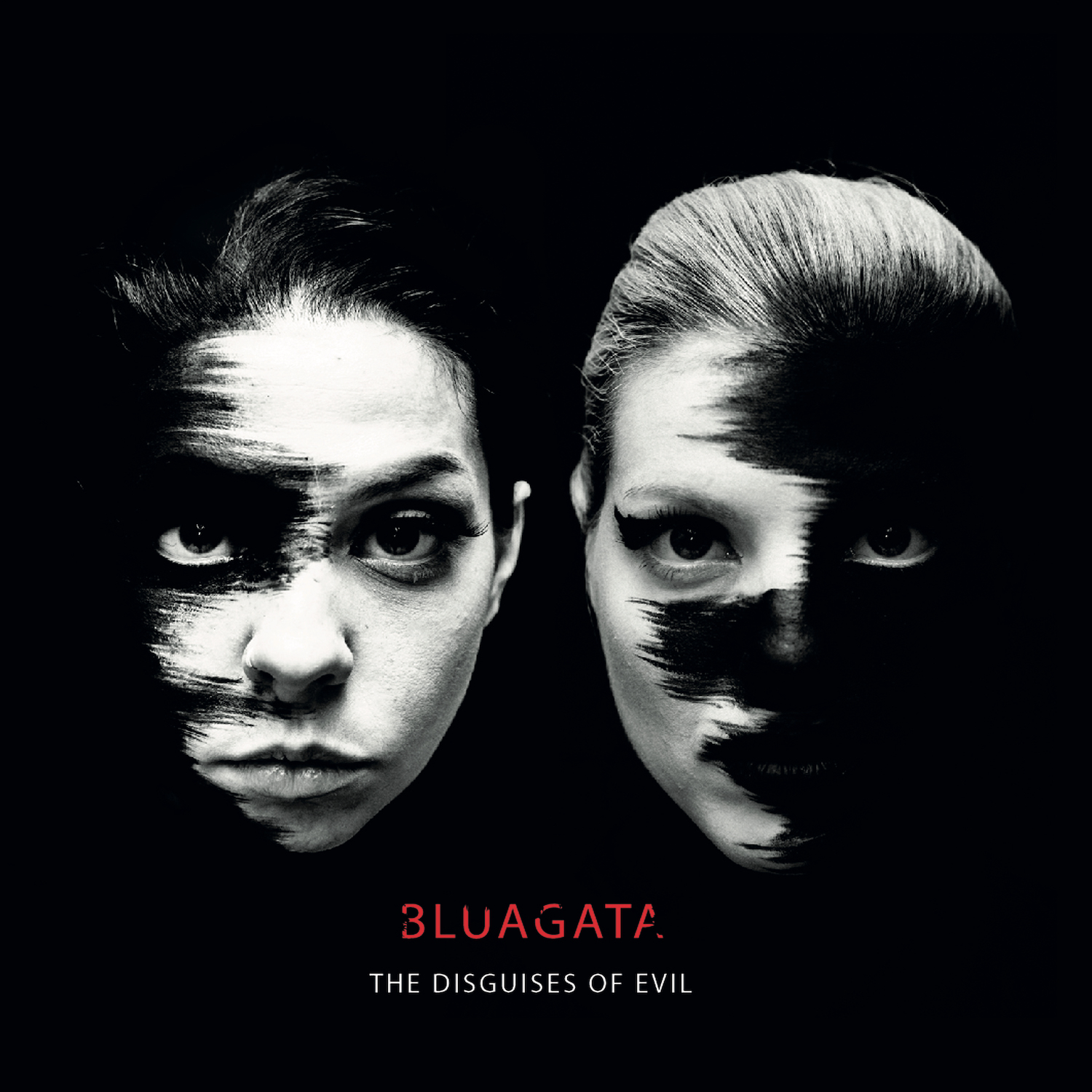 “The Disguises of Evil” is the second and final chapter that the band dedicates to evil and all the forms it can take. If in the first album “Sabba” the attention was focused on the figure of the woman still fought and marginalized today as in the Middle Ages it was done with witches, in this second work the gaze widens to five of the figures that everyone has in his life and that they can be viewed both positively and negatively: mother, church, freedom, father, work. Each song for this reason has a double title to symbolize the good part and the bad part that is hidden inside each of these figures. To begin and end the ep there are two instrumental tracks: the first, “Disguises/Evil”, is a real intro that acts as a glue with the previous album resuming the final piano, while the last “Sabba / Sabba “is an example of what could have been considered wrong a long time ago: a meeting, a party with friends could be enough to be condemned and burned at the stake.
The language chosen for this second job was English.

“We started with the album “Sabba” for a journey into evil and with the song “Sabba/Sabba” we conclude it: the departure coincides with the arrival, a thousand meanings and interpretations can be hidden inside a word, there is no absolute Good and Evil, a black or white that are the same in everyone’s eyes so we just have to leave the interpretation to you.
Our interpretation, between the lines of the texts, between the notes and the photos, can be understood.”

The title of the record immediately clarifies that listening will not be easy, and so it’s the tracklist: each song is dedicated to a woman who was burned for witchcraft during the inquisition. But this is not a historical concept, nor is it a retro-fantasy operation, it is about outrage.
An all-female concept of indignation.
The songs are full of the unmistakable style of the band that we already know from their live: dark atmospheres, an indecipherable voice, “vintage” we could say, for that interpretative charge over the top of a diva of other times, which overturns the sound planes: it is not the musical commentary to support the voice, but it is the voice that softens the aggressiveness and rawness of the sounds and arrangements, while the choirs pass from excruciating screams to icy dehumanized, immobile “pedals”. And all the melodies stick to your head like a disease.
We pass from the first song “BLUAGATA”, a manifesto of the band’s sound with a tribute to Cure, in “LA FINE”, where the Diva of the 60s reaches the maximum of expressiveness, to arrive at “BELLEZZA”, where the simplest accompaniment and the rhythmic “for everyone” of the Rettore’s style seem stratagems to make us listen to a hard and repulsive text .
“IL GATTO”: the crudeness of the arrangement becomes stoner, and the funny voices recorded while breathing in helium make us smile at a song in which in reality it is about Polissena, an epileptic woman who confessed under torture to leave her body in the form of a cat during crises, and for this burned alive.
In each track, the band confirms itself as disturbing and contrary to compromise: this perennial Middle Ages must make us more attentive, indignation is sometimes not a bad thing.